Career Spotlight is our monthly feature where we interview someone in the Calgary community about their line of work. This month’s spotlight features award-winning Host, Writer and Interviewer – Dave Kelly

Q: Tell me about the path to your career.

I think I haven’t so much found a career ever as much as I’ve thought, “that would be fun.” As a kid I never thought, “I’d really like to do morning television.” But I knew I liked to be in front of people.

So, I started doing what I knew. Like everyone else, I’d been in a classroom since I was a kid – so I became a teacher. One of the things I taught was drama, and realized I wanted to do it more than I wanted to teach it. So, I started taking classes in theater and eventually did part-time theater. 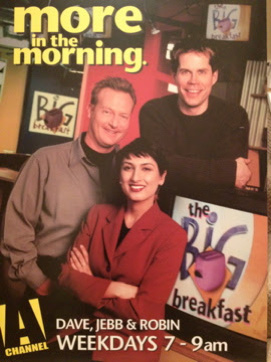 I did that for a few years, then I got good enough to quit teaching and move to Toronto as an actor. I’d done work at Access TV as a teacher and when I was in the show Crazy for You, producers saw my work on a video at Access TV and they offered me a chance to host their Learning and Television News. So, I left doing theatre in Toronto and went back to doing TV in Edmonton.

Later, I got morning television in Calgary doing the Big Breakfast which became CityTV’s Breakfast Television.

10 years after that, I started Kelly Brothers Productions https://kellybrothers.ca/ with my brother Rob and ended up where I am now. Every step along the way has been a bit closer to what I think I can do.

Q: What advice would you give someone starting out?

Q: What is the most challenging part of your career?

The lack of certainty. The more I’m alive the less I wonder how much certainty anyone has, but for me, even when I get to do great interviews, there’s no saying that’s going to happen again.

I mean I can try and chase them, and work at it, but there’s a certain amount of fear, because every gig could be the last gig.

Q: What has helped you to get good at what you do?

When I did Breakfast TV, I did nine interviews a day. That was incredible training. 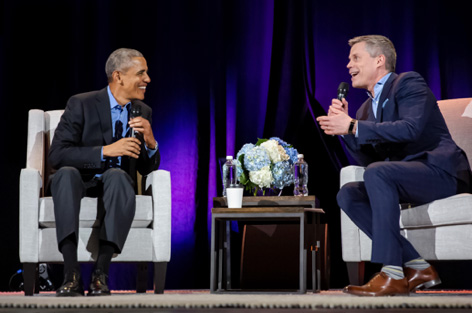 Interviewing Ellen (DeGeneres), (Barak) Obama, or doing other gigs now, I’m aware that there aren’t a lot of people with my experience. I’m going to do a cooking segment, a political interview, then a personality, a heroic interview, and then somebody’s doing a fundraising run and walk, over and over and over and over again. But by doing that, it developed a skill. Everything I do now goes back to day in and day out having to do live, fast, quick, to-the-point-and-get-out interviews.

Q: You transitioned to doing more live shows and interviews. How did that evolve?

Breakfast Television gave me experience in doing live interviews but not with a live audience. Dave Kelly Live http://davekellylive.com/ was a show that the Kelly Brothers Productions started four years ago. That was me doing similar stuff, but in front of a theater audience of, at first 80, to now 600 people. That helped to refine my interviewing with an audience responding.

Q: You recently interviewed Ellen DeGeneres and President Barak Obama at sold out stadiums. Tell me about that. 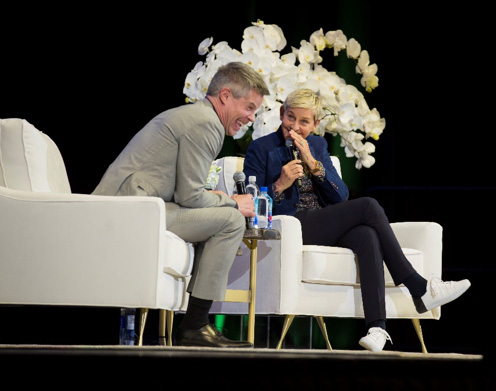 They’re really fun gigs. It’s a bit intimidating and hard and I was really nervous and all that, but I think it’s fun to feel prepared, because this is what I do.

Q: What is your favorite thing about what you do?

Here’s a fun moment with Ellen. We’d done Calgary, Vancouver, and Montreal. So, now we’re in Toronto in the Rogers Center. It’s a big freaking place, and I’m in there in my dressing-room. I had a bunch of papers, I had my pants on, and that’s all. I’m cramming a little bit, and there’s a knock and they say, “Ellen would like to see you.”

Now, I hardly talked to Ellen ever offstage. So, I was like, oh %#&$! Her time is really tight because she’s got meet-and-greets and all that stuff to do. So, I grab a shirt and I’m kind of scooting under the bowels of the arena to where her dressing room was, buttoning up my shirt. She comes out, and says “Hey Dave, how ya doing?” And gives me a big hug. “OK,” she says, “I think Montreal went great – now, when we do the show here, what if we start a bit differently with …” Then she and I have a conversation about building the show. And I say “Yeah, I thought your Tonight Show Johnny Carson stories were good, but what if we do this…”

Then, as I’m talking to her, this person walks into my peripheral vision from the dressing room and I look over and I say, “Oh hi Portia, I’m Dave.” And Portia says, “Hi Dave!” And then Portia jumps in, “Ellen when you told the story about forgetting to put the emergency brake on your car at the Johnny Carson… I didn’t know that story…” So, I said, “Why don’t I lead you to that story and then we’ll come around to…” And then it’s three of us just talking about putting on a show. It was so surreal that it’s me, Portia and Ellen shooting the %#&$ about a show that we’re about to put on. But it was also fun to feel like we’re just three show business people who do shows, talking about how to do this one.

My elevator pitch is, I’ll take any event and make it feel like your living room.

I’ll humanize everybody and make everyone feel like we’re all just trying to get through our lives and it’s kind of fun and let’s just shoot the %#&$. What doing 25,000 interviews helps me with, is to be relaxed in that.